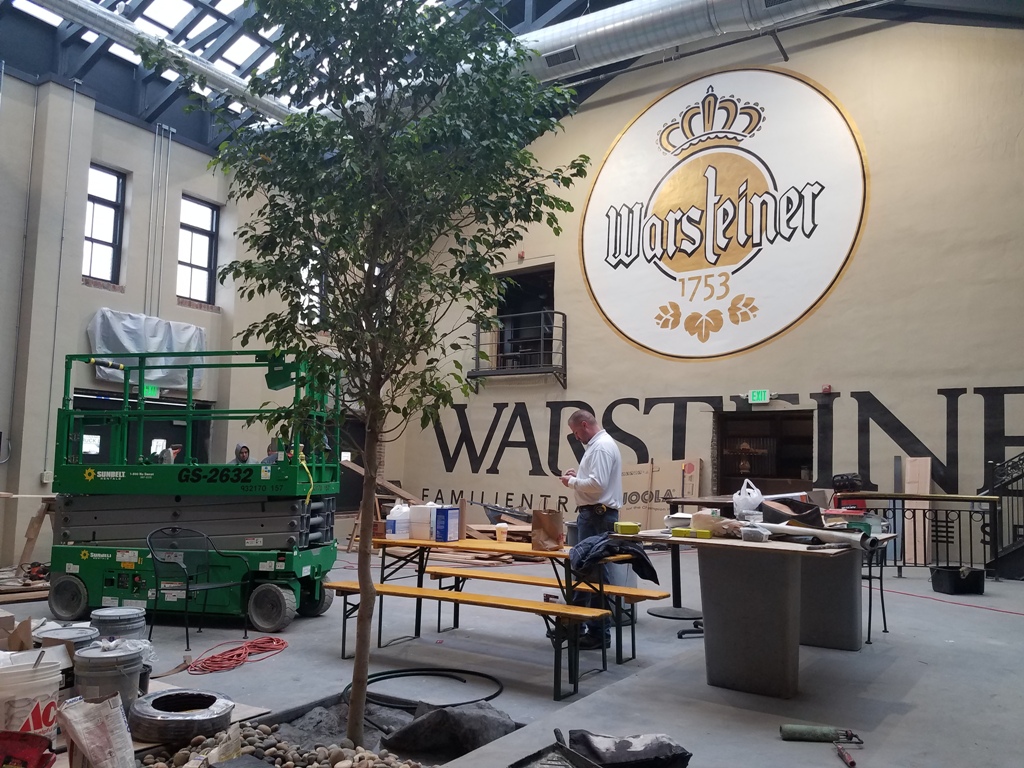 The Crossbar der Biergarten at 18 E. Cross Street in Federal Hill recently – finally – received its liquor license transfer, following four years of ups-and-downs. By the end of March, however, Baltimoreans and other assorted beer lovers should be able to indulge in two separate floors of German and local craft beers.

What some news reports decline to mention, however, is that the restaurant’s centerpiece – a large and vibrant fig tree, shipped from Florida and planted in the midst of the main dining room – will also have its thirst quenched, consistently, courtesy of our crew at Chesapeake Irrigation & Lighting.

Crossbar – the brainchild of partners Brian McComas, Josh Foti, and Brett Austin – was originally intended as an open-air space, merging four previously vacated properties spanning 12-18 E. Cross Street in Federal Hill. When that plan was denied, however, an enclosed version of the beer garden ultimately became the reality – this one with a 36 foot glass ceiling that not only fosters an outdoor sensibility, but provides an abundance of light for the aforementioned fig tree.

The only question left was – “Who is going to water it?”

The answer? Automation. To avoid the need for awkward tree maintenance in the middle of bustling waiters and diners enjoying plates of spätzle and bratwurst, our team was brought to install a contained, automated irrigation system for one. It was a small, but wholly unique job – and Chesapeake is honored to have done its part to keep things lively at Federal Hill’s newest watering hole.