When The 6th Branch needed help irrigating a burgeoning urban farm, our sprinklers rose to the occasion.

Founded in 2010 by a group of veterans who had served in Afghanistan and Iraq, The 6th Branch is an astounding nonprofit organization that empowers vets by utilizing their military skill set to transform vacant lots into vital community green spaces. The outfit also provides an abundance of support to Baltimore City Public Schools.

Last year, more than 2,500 of the nonprofit’s volunteers donated over 800 hours to four neighborhoods and three schools in the Baltimore area.

The group’s Oliver Community Farm project is truly something to see. This two-acre urban farm and orchard was fashioned out of an empty lot where ramshackle row homes once stood on the East Side of Baltimore.

Several years back, The 6th Branch began placing little garden plots there. The intent was to establish a sustainable, healthy resource of fresh produce for residents of the Oliver community, many of whom have no other access to healthy food.

But water was a slight issue.

Prior to The 6th Branch reaching out to our team, one of the residents from the Oliver neighborhood would hook a garden hose to a water meter the city allowed him to use, and would drag it daily across the alley to water the plants and produce by hand.

It was a serviceable routine, but not the most efficient.

When a grant made itself available to the Oliver Community Farm irrigation cause, Chesapeake got the call.

We were hired to install a complete automatic irrigation system and sent a small crew of four men to handle the details.

Because tall crops like corn and tomatoes are typically on order at Oliver Community Farm, we mounted sprinklers on 4 x 4’ posts, and hoisted them high out of the ground, akin to what you might see at a nursery or garden center. The posts topped out at six feet, allowing for adequate coverage and blockage for the 6th Branch’s produce supply.

The main challenge, however, was a lack of electricity. We had previously run into similar conditions at the Hampton National Historic Site, and opted for the same solution: solar powered irrigation controllers.

An alleyway of sorts also stretched between our water source and the garden, itself. To correct for this obstacle, we bored underneath the alley and tunneled our water supply pipe to where it was needed.

All in all, the Oliver Community Farm irrigation install was a simple, straightforward system completed in a week’s time. As for the farm, it is now in its third growing season, producing leafy greens, tomatoes, squash, apples, pears, plums, and more.

And as for the man who previously hand-watered the gardens? Well, there are always plenty of fresh fruits and vegetables to pick instead. 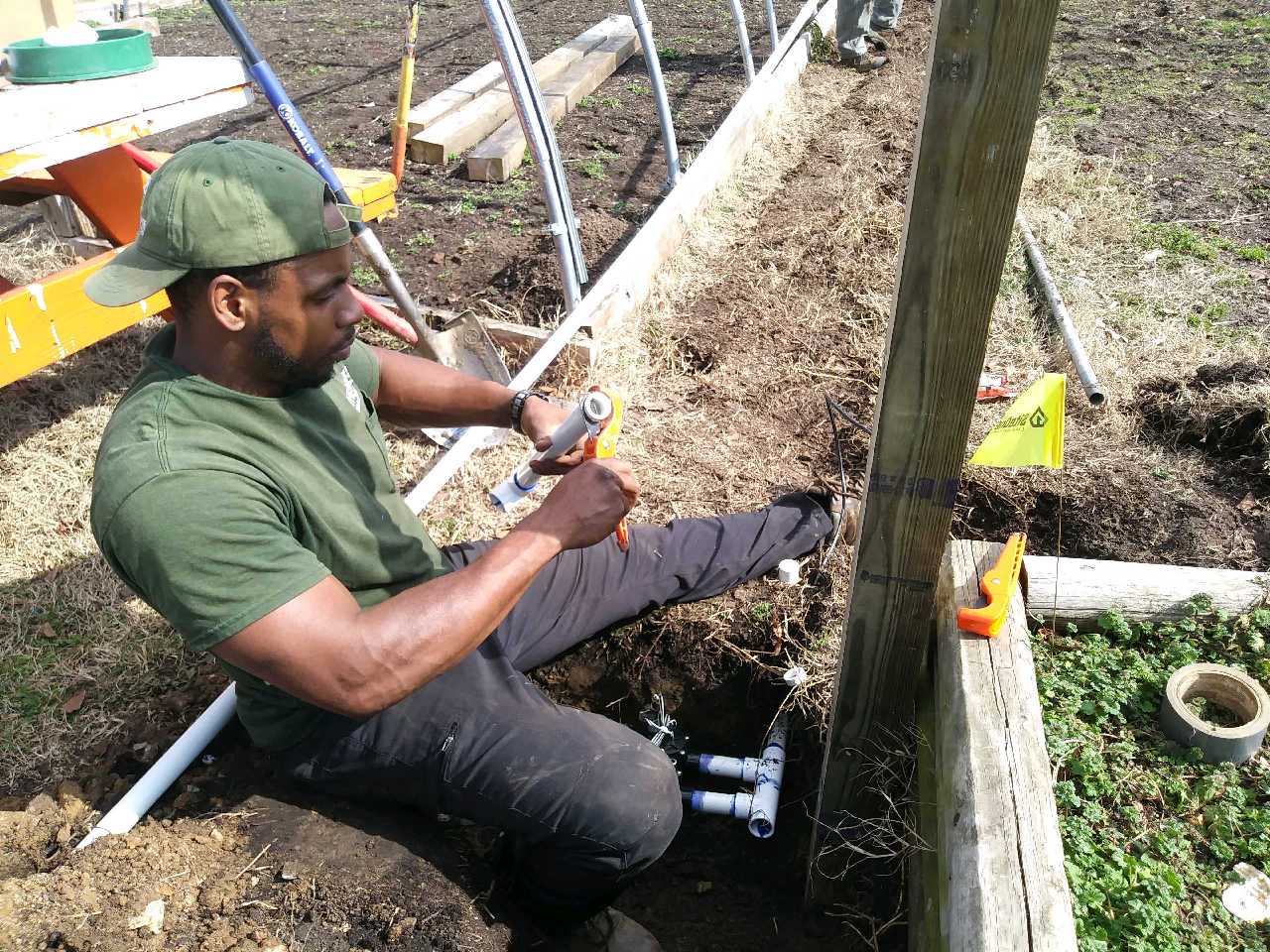 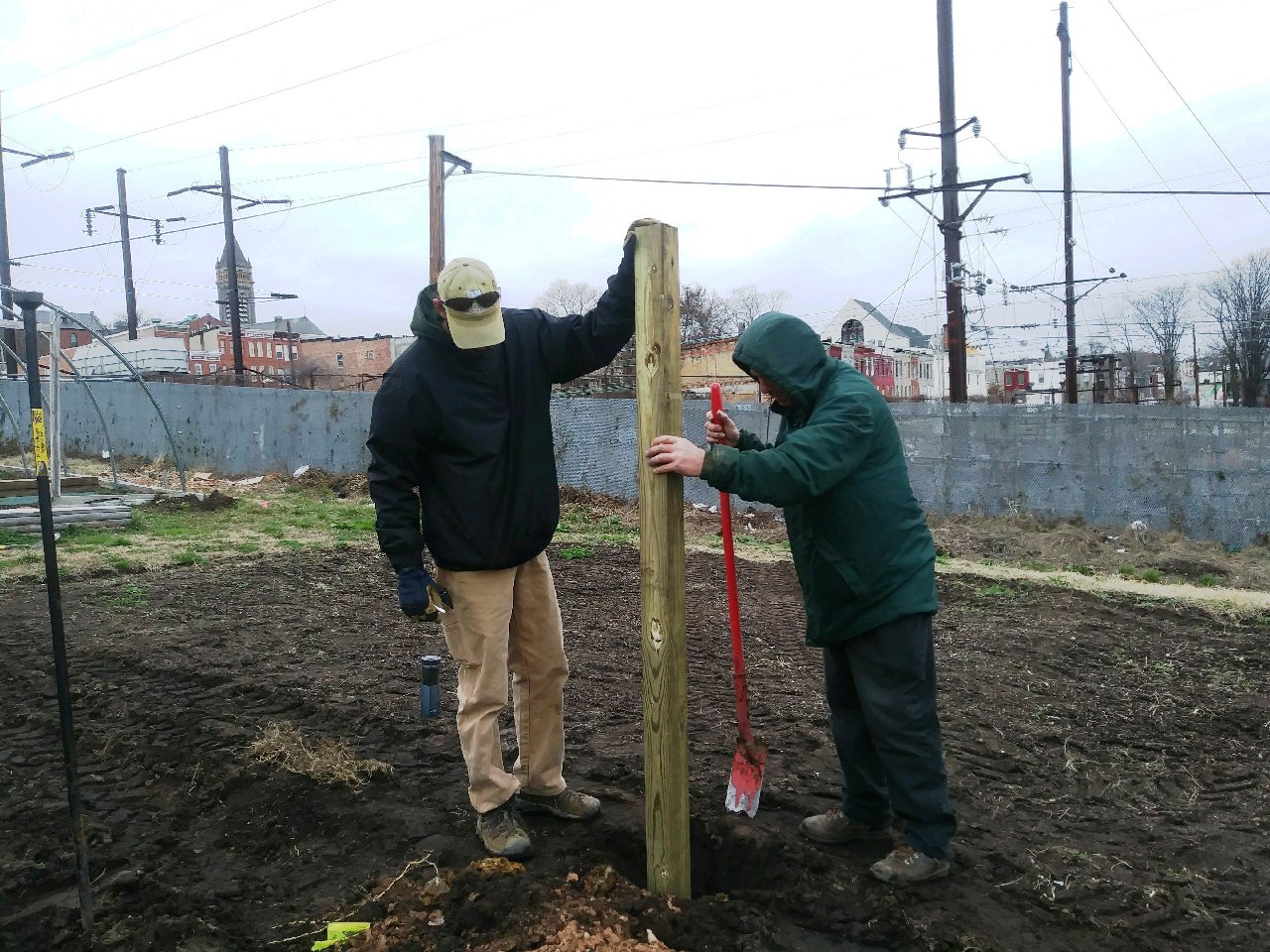 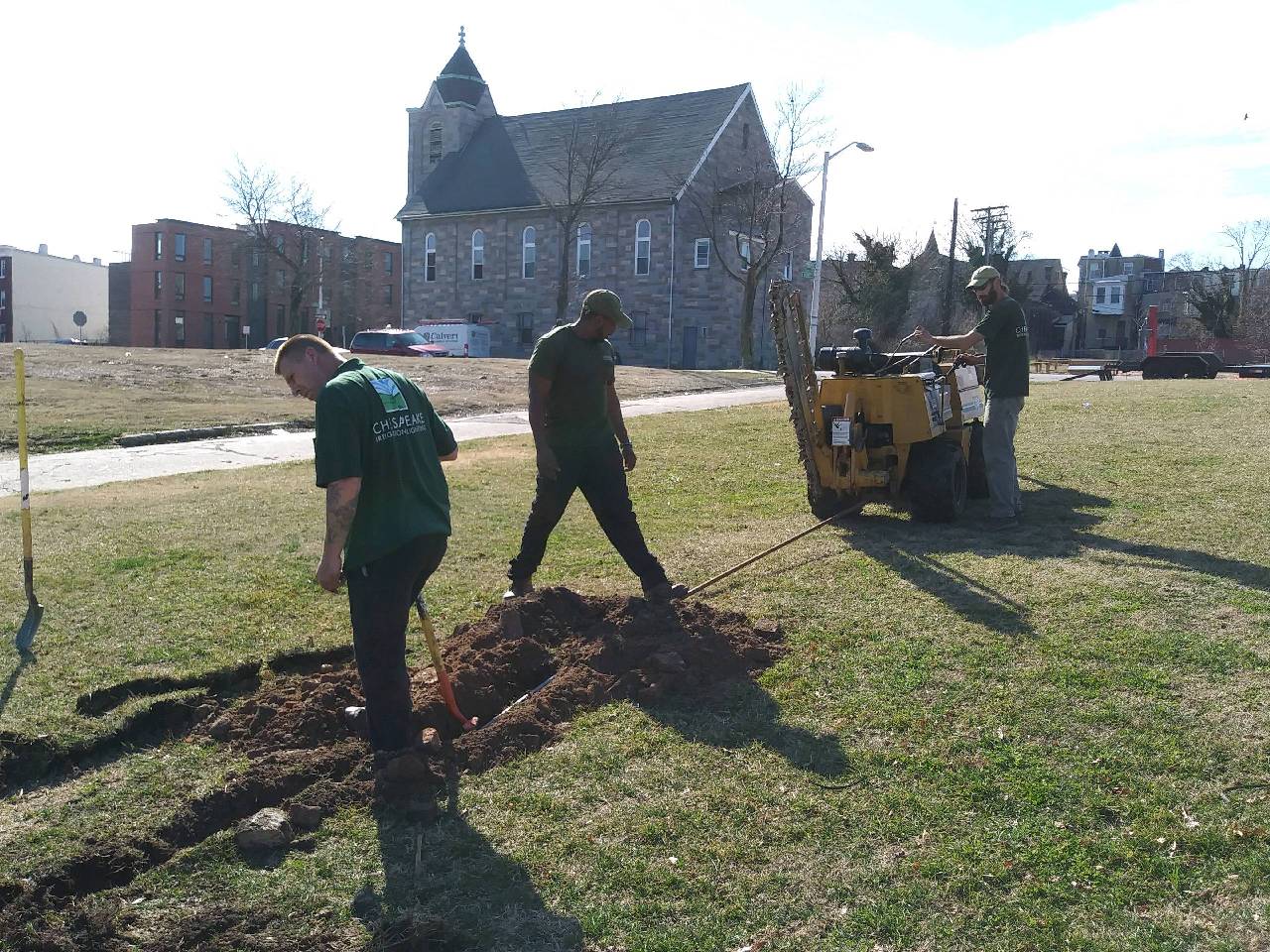 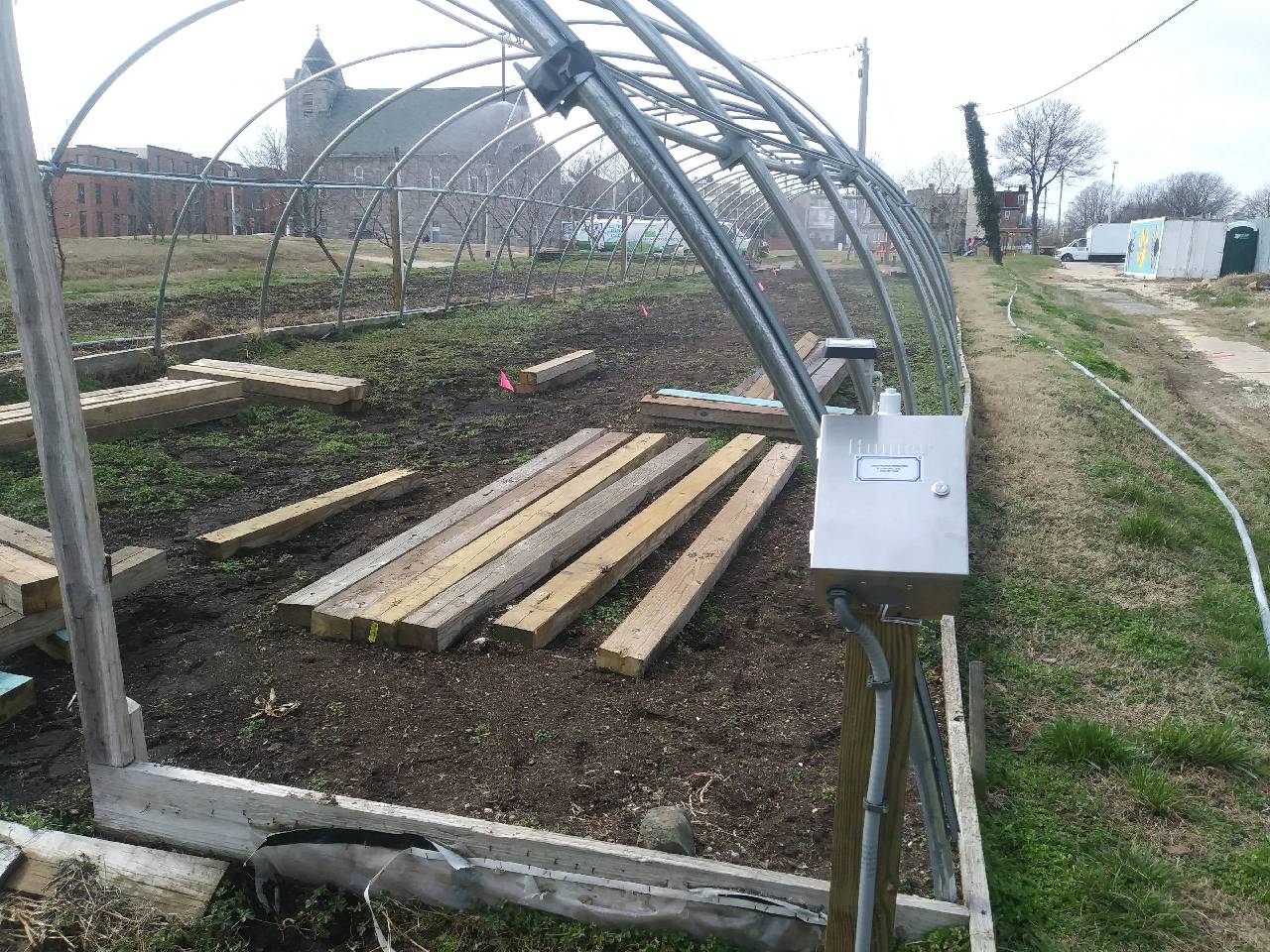 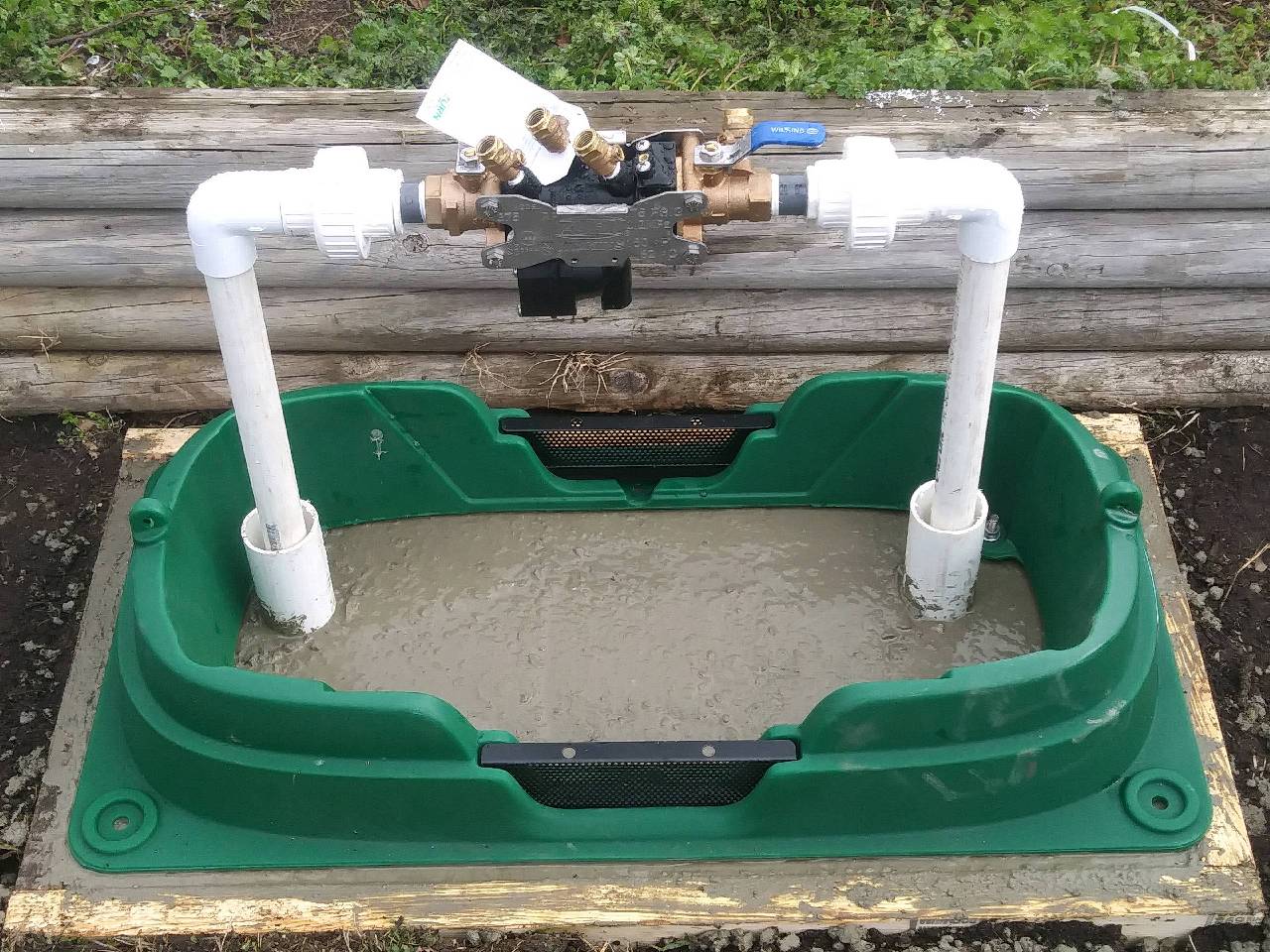 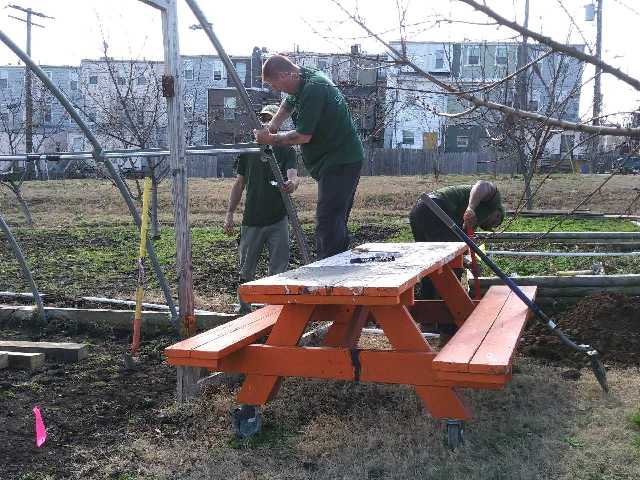 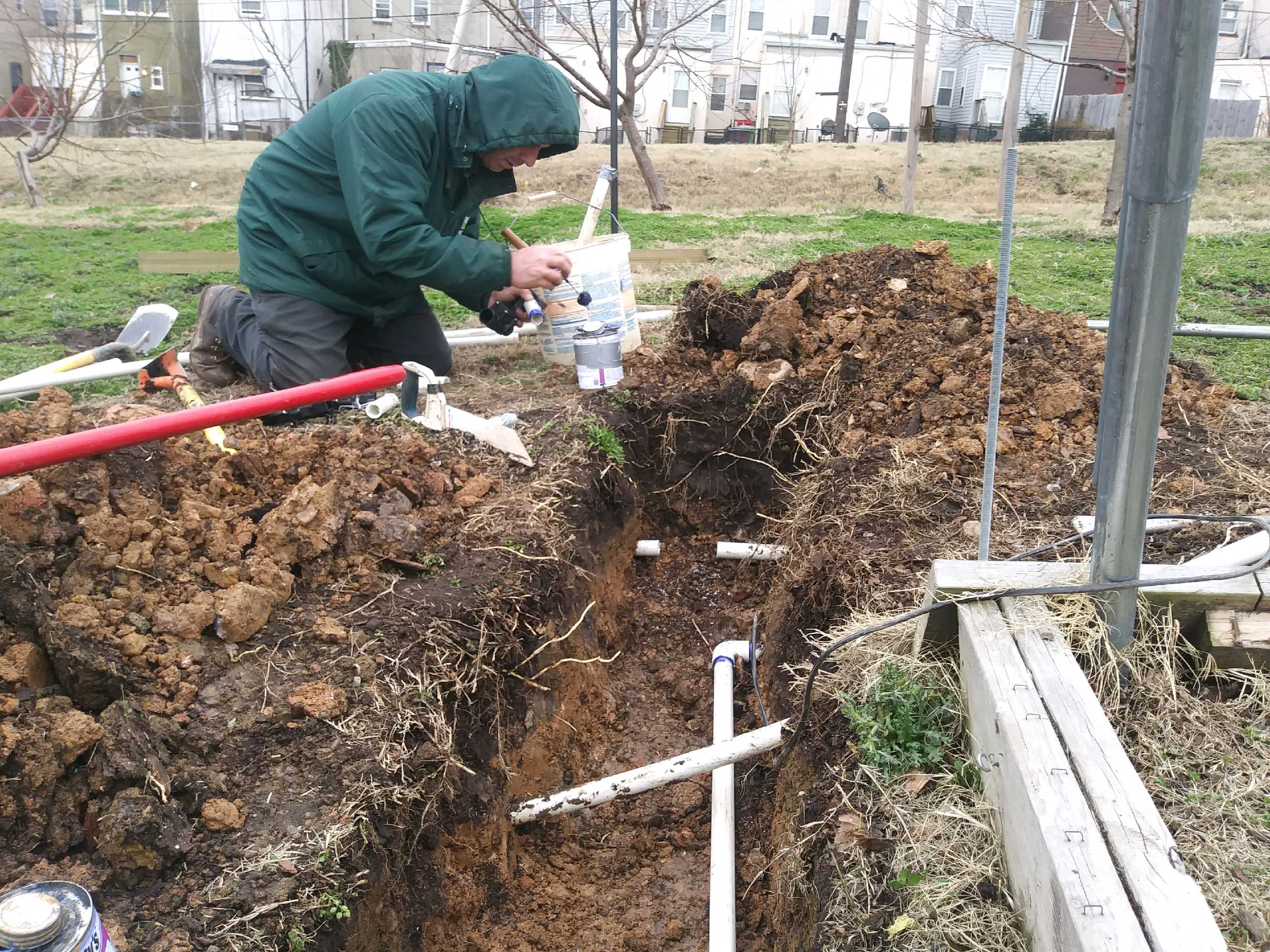 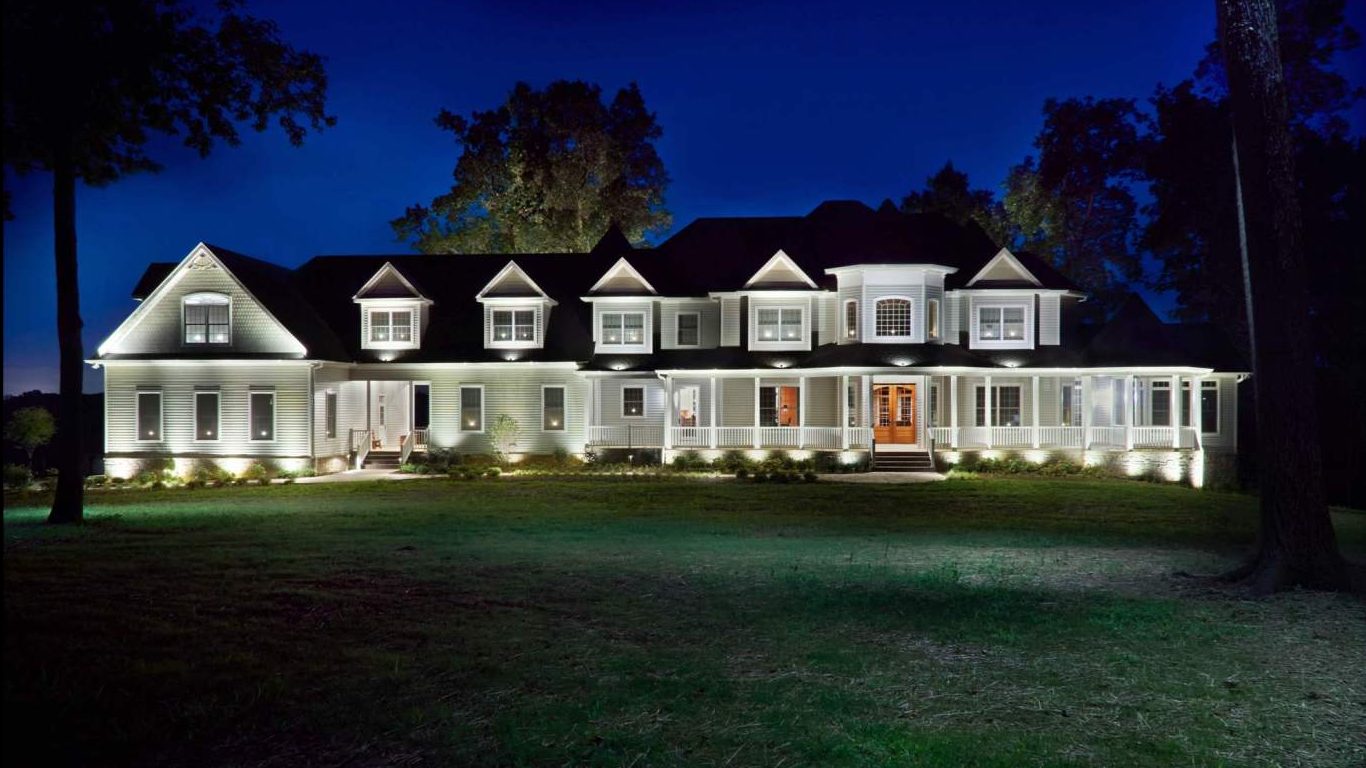 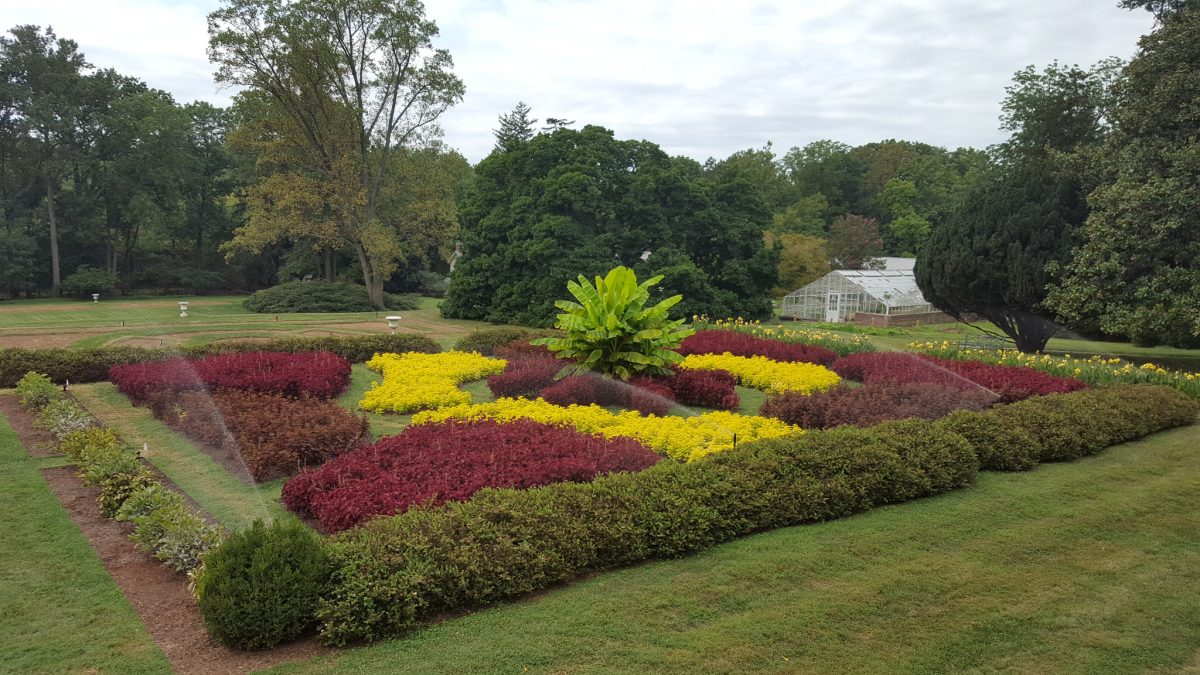 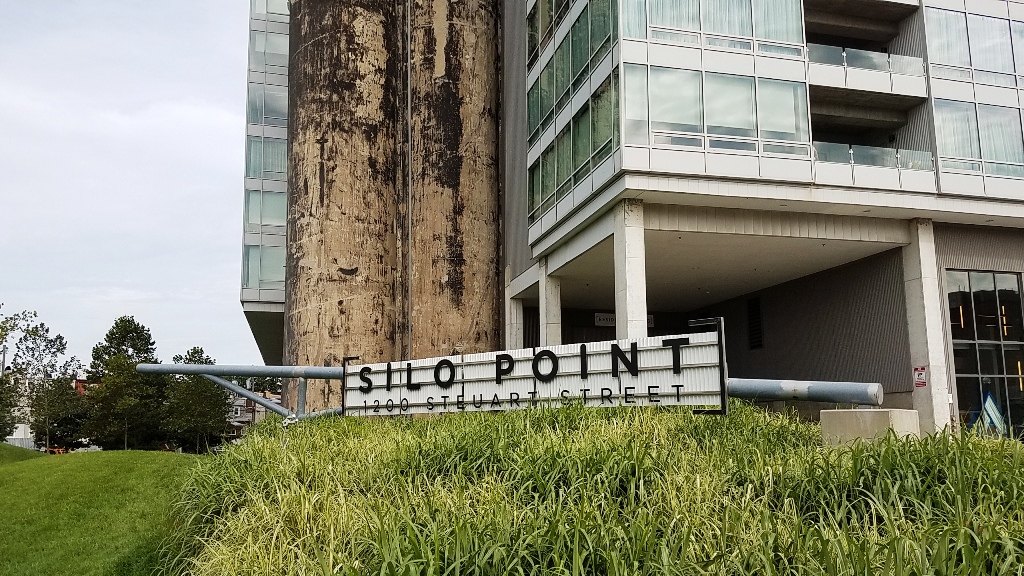